Back to all insights

Arresting the Progressive Behavioural Decay at the Top of the Pyramid

Senior Leadership is crucial to success. However, their behaviors need to change as they move up the ladder. The past behaviors of success become their reasons for ineffectiveness in subsequent positions. Also, they need to change with time. This blog discusses the critical facet of Leadership Development at the top of the pyramid. A must-read for those planning development initiatives at the top.

When only numeric performance is rewarded after the discounting of correlated behaviors of roles, rot sets in within the top echelons of the organizations, we nurture ruthless non-collaborative derailing behaviors unknowingly, which ultimately deteriorate the quality of leadership at the top of the pyramid.  It is thus a no-brainer that many companies miss the bus of remaining at the top of the best list over a sustained period due to fault lines in leadership corridors that develop over time. It is thus interesting to study the rise of the individualistic performers within the organizations who ultimately trigger the process of decay and hence the downfall of the glorious business empire. The approach of overemphasizing and rewarding performance without recognizing leadership behaviors is the starting point of cultural decline. A mercenary-oriented outlook sets in when the entire idea of assessment right from the bottom of the pyramid is based on numbers. Overemphasis on numbers creates non-collaborative, intensely competitive workplace behavior. To top it all, education systems are based on competitive reward systems, and the organization’s culture feeds to it. People wire themselves with derailing behaviors and deliver performance despite conducive behaviors they know they need to demonstrate. They thus become the undesired role models for others to mirror and emulate. Over some time, these number-driven professionals make it to the top. They start rewarding the same number-driven behaviors, and thus the decay now sets in across the organization. We now have a culture of singular performers who play to win alone. This has a disastrous impact on the layers of the organization. The core definition of leadership now takes the form of status and territorial power. The approach to reward control and micro-management takes precedence over authentic competence, influence, and warmth. This leads to a norm of produce or perish and hire & fire. Performance, however, depends upon numerous business contingencies, and when they play up, these leaders cannot bail the ship out as “shared leadership” was never practiced.  During times of crisis, individualistic behaviors & skill-sets accentuate, and the boat starts to sink. Since the learned behaviors are the derailing ones, they emphasize during turbulent times, and the catastrophic outcomes become inevitable. Have we not witnessed the best of the brands vanish from the business canvas of markets owing to ethical and leadership inefficacies. Organizations will continually encounter the noise of these derailing behaviors. However, since the decision-makers are responsible for the same, not much is done for its correction. The organizations that managed a turnaround were the ones with a strong-willed board or CEO who recognized this reality and then started the transformation of behaviors at the top. I have mostly seen two approaches, i.e., begin futile change investment at the bottom and middle of the pyramid or reform behaviors at the top. The latter is always a successful strategy. This transformation process at the top must comprise of the following steps: 1. Administer a validated and reliable psychometric tool that measures leadership facets of individual leaders and compares them on a relative scale of the cohort group. This helps to see personal anomalies and noise.

2. The result of the psychometric assessment must be backed up with behavioral data from stakeholders. This increases the acceptability of the results and creates a wake-up call.

3. A list of new behaviors for transformation must then be ascertained for each leader with a conducive environment for their consolidation.

4. People analytics dashboards must be put into action for recording, sustaining, and rewarding positive behavioral changes.

5. Leaders must be then made responsible to cascade the process of behavioral change across the pyramid.

6. A professional coach is a must proposition to assist and stabilize behavioral change.

7. Reward & recognition must then provide due weight to desired Leadership behaviors to sustain the culture and eliminate potential risks of entropy.

It thus becomes the responsibility of the person at the top to arrest the decay of behaviors that may set it. Leadership behaviors must be documented in the form of a framework, and senior leadership must be continually groomed to sustain them. A regular Leadership culture audit helps timely identification of noise that may set in. If you wish to build organizations that are focused on sustainable growth, it is imperative to arrest the decay at the top in time and correct them as soon as possible. We live in a world of cause and effect, and our behaviors ultimately shape our world. It is time now that organizations move from transactional leadership to transformational leadership behaviors. The million-dollar question therefore is, are you auditing and shaping success behaviors at the top of the pyramid? After all the price to pay is too high.

This Management blog explores the new ways of approaching Human Resource Management with the Organization Behaviour showing a shift in the way people will engage and be engaged.

Every significant event in the World creates a shift in behaviors and technology, thus guiding disruptive Innovation. This Pandemic is not different. This blog is all about what it takes to design a growth recovery in the Post-Pandemic scenario.

A volatile, Uncertain, Complex & Ambiguous World needs an altered way of doing business. A new school of thought is necessary, which we discuss in this blog. A just read for all those who wish to be aligned to the new era of business reality.

Need Help To Maximize Your Business?

Reach out to us today and get a complimentary business review and consultation. 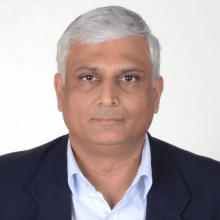